Juviley's debut CD How to Miss The Ground is a featured Lost in the Grooves release. Click here to sample the music or purchase. 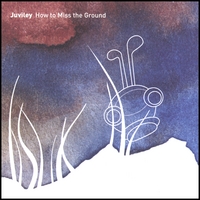 Juviley is the project of Israeli musician Or Zubalsky, who toured widely with Israel's leading indie acts Shy Nobleman, Geva Alon, Daphna & The Cookies. At 21, he began writing his own songs, and revealed a tender, delicate sensibility far removed from the stereotypical dumb drummer. Inspired by the chamber pop of Brian Wilson, Nick Drake and Belle and Sebastian, on his debut album How To Miss The Ground Or plays nearly every instrument himself. With its heartbreaking simplicity, bittersweet melodies and thoughtful arrangements it creates a unique, dreamlike atmosphere. Once the record was completed, Or moved to New York City, where he plays regularly, in clubs and on the streets.

The critics love Juviley's How To Miss The Ground. Palebear muses, "I sort of needed this album to right my sanity… beautiful, pastoral… equal parts Kings of Convenience, Mojave 3 and Belle and Sebastian." And Caroline Leonardo says it's "an articulate collection of songs sure to warm your soul with pleasant melodies and story-like lyrics… an acoustic dream with the kind of tunes that'll lift your spirits during a rainy day… [it] is one of those rare debuts that carry a lot of clout. This well orchestrated album comes off gentle and well meaning without being pretentious or overbearing in the way that it's so simple and true. Indie pop has never sounded so good."

You can also visit with Juviley on MySpace.