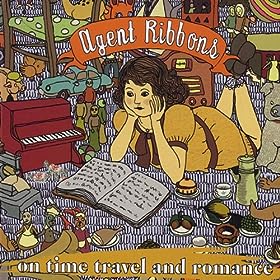 I've been procrastinating for the better part of a year, but I'm finally ready to announce thatÂÂ I'm head over heels for Natalie Gordon, the extraordinarily talented singer, songwriter, and guitarist for Sacramento's Agent Ribbons.ÂÂ  So groovy and gorgeousÂÂ is she that it didn't take long for her to officially become my local celebrity crush (although the comely lass who works at a nearby Newsbeat is pretty darn worthy as well.)ÂÂ  Here, take a gander and you'll see what I mean: 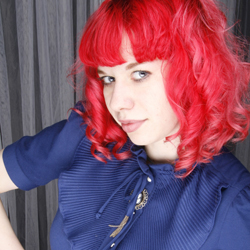 Yeah, she's a doll alright, butÂÂ you ain't gonna hear her music just by staring at her. That's why I'm here to let you know that Agent Ribbons' debut release On Time Travel and Romance has given Sacramento another reason to be proud of its homegrown musicians. It all began when Natalie befriended Lauren Hess in a downtown used record storeÂÂ (which happens to be the very same store featured on theÂÂ cover of DJ Shadow's magnum opus Entroducing . . .ÂÂ  )ÂÂ  This meeting of minds gave Natalie a renewed interest in her musical ambitions and inspired her to form a band (ÃÂ  la Art Brut) with Lauren sitting in on drums. Agent Ribbons has a decidedly retro sound thanks to Natalie's focus on vaudeville, cabaret,ÂÂ and blues traditions in her songs, but she still manages to put a contemporary spin on everything she touches. Writing stories about looking for love after death and running off to join the circus, Natalie has a talent for dishing outÂÂ the whimsy without ever sounding overly cute.ÂÂ  And her vocal on "Birds and Bees" is so hypnotically sensuous that it's become a permanent fixture on my profile on MySpace. Natalie and Lauren welcomed violinist Naomi Cherie into the mix in 2009 and recorded a forthcoming follow-up called Chateau Crone, so it seems they're all set to prove they're not just one-trick ponies. Sadly, the ladies haven't been able to make ends meet in their hometown and will be moving to Austin this year with the hope of greater success. With Natalie's promise of frequent visits to Sacramento, I wish them all the luck in the world!

You can find Agent Ribbons' On Time Travel and Romance for sale here.

Sacramento pop band Knock Knock was recently awarded a SammieÂÂ to honor their second CD Girls on the Run (2008), but as superb as that release is, I feel their debut was even more deserving of recognition. Warm Fronts, Cold Shoulders (2004) is comprised of such an abundant range of intriguing textures and indelible melodies that it would inevitably be a tough act to follow. It's remarkable that punchy uptempo tunesÂÂ like "I've Been a Drag" and "Dan Can You Stand" can occupy the same space with the languid beauty of "Oceanography" and "Levee," but Knock Knock seems to have a knack for mixing things up withoutÂÂ having to struggle to do so.ÂÂ "Eye of the Storm" finds a nice balance between the two extremes and is perhaps the best representation of their work as a whole, but you certainly wouldn't want to miss out on other catchy numbers like "Jorge" and "Rotten Dogs." Think of a poppier version of Yo La TengoÂÂ and you might have an ideaÂÂ of what to expect. Frontman Allen Maxwell's feathery-but-urgent vocals compare favorably to Ira Kaplan's while Heather Conway adds an even lighter touch to a pair of songs a la Georgia Hubley.ÂÂ  Tasty stuff indeed, and when you're finished with this one, you should be more than ready to take in the gorgeous harmonies and sugar-rush momentum of Girls on the Run. 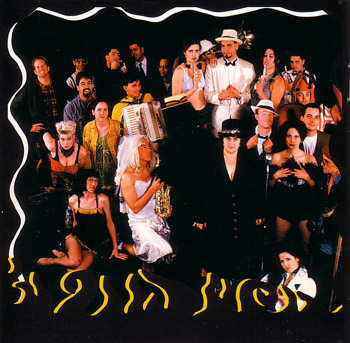 ÂÂ Dutch Falconi and His Twisted Orchestra was one of Sacramento's most popular live acts during the 1990s. Taking the big band dynamic to its logical extreme with up to 32 members performing onstage or on the sidelines, these guys and dolls really knew how to put on a show! I happened to mention Dutch Falconi in passing while talking to former co-worker Dean Alleger during a lunch break, and he responded that he had not only played trumpet for the group but also co-produced its masterpiece Crimeboss Hootenanny (1997). I was absolutely awestruck to discover that someone I'd spent so much time shooting the breeze with had largely been responsible for piecing together a musical mosaic I had admired for so long. On Crimeboss Hootenanny, Dutch Falconi drew inspiration from Cab Calloway, The Andrew Sisters, Tom Waits, and various other sources, but what really stands out besides the consummate musicianship is a satirical bent that recalls Firesign Theater at its wackiest. (Alleger was kind enough to give me a CD documenting a mock radio production that confirmed the Firesign influence wasn't just a figment of my imagination.) There are the few expected showstoppers here like "Jerry the Junker" and guest vocalist Countess Kitten Fontina's Bavarian mobster saga "Lepke Finger Gang," but to truly appreciate this album, you really need to listen to it from beginning to end. In an attempt to fill the compact disc format with as much entertainment as the technology would allow, an 8-minute skit serving as an intermission was inserted at the appropriate interval. Alleger informed me that the basic tracks took only five days to lay down but that the album as a whole took two years to complete due to all of the nuttiness that was included in the final product. Falconi's out-of-print debut album The Shoes of Despair (1994) remains a holy grail for me, but I've managed to download all of the songs off the group's official website, and I think it's safe to say that Crimeboss Hootenanny easily stands as their towering achievement. If you think you might be interested in checking out what I've often referred to as "The Sgt. Pepper of Swing," you can find used copies for sale on Amazon for no more than a buck-and-a-half. As for the macabre tale of The Penis Guillotine, I'll let the DF website take it from here: www.magick-land.com/dutchfalconi

You can find Dutch Falconi's Crimeboss Hootenanny for sale here.

ÂÂ Daisy Spot has been one of Sacramento's most interesting and exciting bands for the past fifteen years now even though they've released only one CD to date. Fortunately, their self-titled debut album was well worth the 13-year wait. Co-lead singers Mike Farrell and Tatiana Latour manage to maintain a sensuous vibe throughout as they seductively croon in unison on most of the tracks. Despite the consistent tone, the band touches on a variety of styles, including bossa nova, country, rock, and soul. The album won a SAMMIE (Sacramento Area Music Award) in 2006 for "Best Local CD," although I believe it could've been in contention for the best among any released nationally that year had it reached more ears. Tatiana also won for "Best Female Vocalist," and she could've easily earned it just for her breathtakingly-beautiful performance on "All I Wanna Know." Although the CD's an instant classic, it doesn't quite prepare the uninitiated for just how exhilarating their live shows can be. Bassist Brian Latour and drummer Alex Jenkins always provide reliable and steady support, but the adrenaline really kicks in whenever guitarist Farrell launches into one of his incendiary solos while Tatiana dances languidly as though in a trance. I remember being mesmerized by this pair of former lovers the first time I saw them perform in a club, and they continue to work their magic together many years after introducing themselves as a rock 'n' roll couple.

You can find Daisy Spot for sale here. 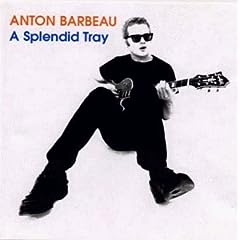 ÂÂ Anton Barbeau has been Sacramento's resident pop genius since the late '80s, and there just seems to be no stopping him some 20 years into his prolific career. Anton has been blessed with that rare gift for being able to compose melodies that sound like theyâ€™ve always been with us. If songs like â€œOctagon,â€Â â€œLeave It With Me, Iâ€™m Always Gentle,â€Â and â€œCreepy Trayâ€Â donâ€™t end up lodged in your brain after a few spins, then catchy Beatlesque pop clearly isnâ€™t your cup of tea. I get the feeling that even a few of Antonâ€™s heroes like Paul McCartney and Andy Partridge would be singing along with those and many others should they be lucky enough to encounter them at some point during their lives. Granted, an unfiltered talent like Antonâ€™s should be expected to be a little erratic at times. Itâ€™s surprising how a musician who can be so crafty at writing such perfectly enjoyable songs can rarely put together an album without tacking on a meandering track at the end. His live performances tend to ramble on as well with stream-of-consciousness monologues that donâ€™t always connect with his audiences, but catch him on a good night with the right crowd and youâ€™re sure to have a few good laughs while keeping your toes tapping along to his tunes. Any of the following CDs listed below will guarantee a pretty good time, although The Horseâ€™s Tongue is currently out of print, and The Golden Boot was haphazardly thrown together rather than given the special attention deserving of the tracks contained within. A Splendid Tray, which features â€œThe Banana Songâ€Â (Antonâ€™s personal favorite and a highlight of his live shows), would be a good place to start.

Bag of KittensÂÂ  (2009; This is credited to Allyson Seconds, but Anton wrote and produced the whole album as well as provided intstrumental and vocal support, so I consider this to be part of his catalog as well.)

You can find Anton Barbeau's A Splendid Tray for sale here.